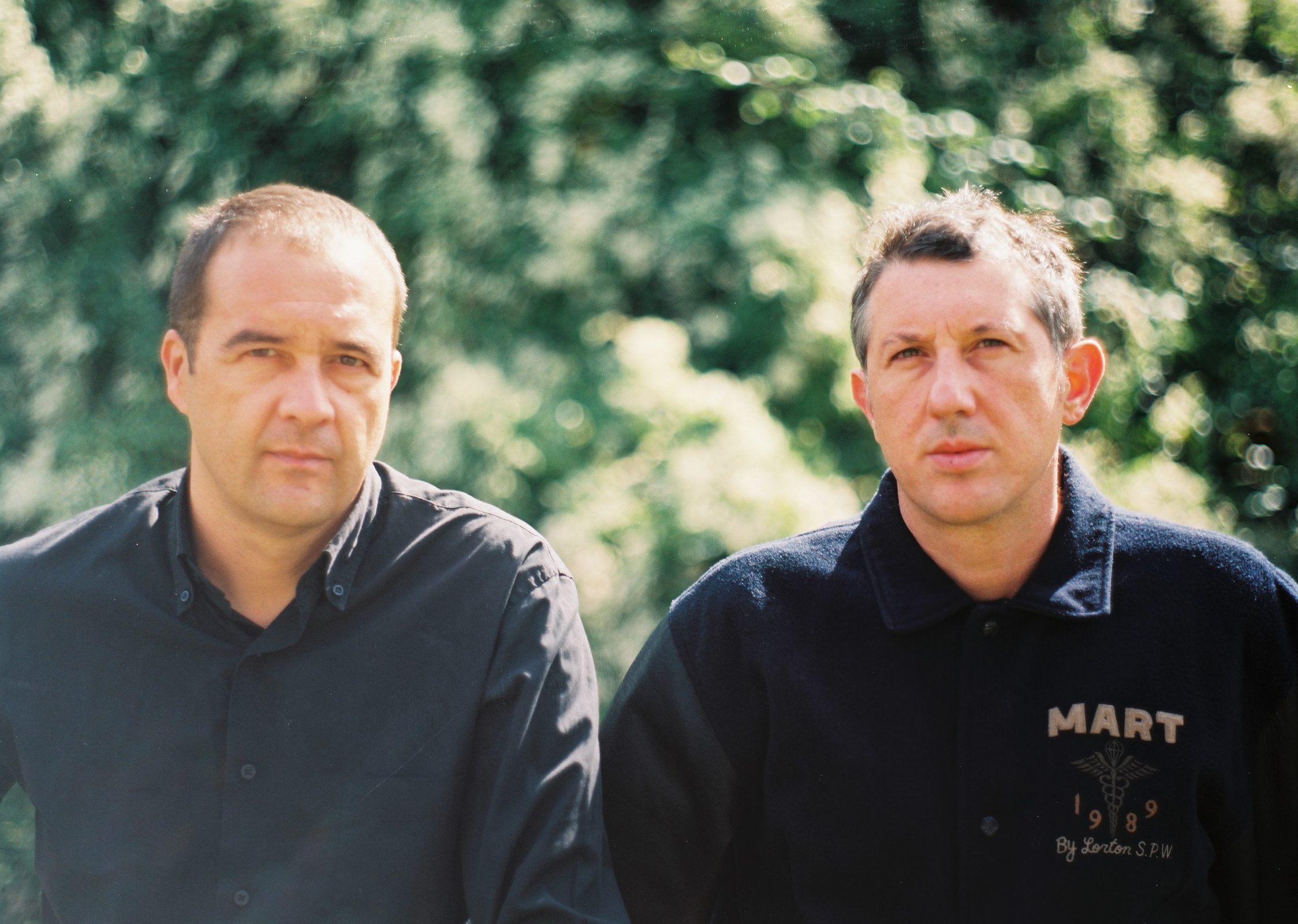 “We began to get to know each other in the language of drum machines and synthesizers, which we tamed with screams and howls.”

This is how Ernesto Avelino and Roberto Lobo describe the intense mental and sensory connection that from their native Mieres (Asturias) has prompted them to develop one of the most ferociously personal and inimitable sound trajectories that electronic music has given in this country. A story that begins in the mid-80s with Hegemonía, passes through Goodbye in the 90s, and has flowed into Fasenuova, their current project, since 2006.

Cinema, a lot of cinema; gushing literature, from the Castilian classics to Boris Chertok’s diaries that fuel Ernesto’s fascination with astronautics; and of course, music, tons of music, without limits or alibis. The duo’s baggage is so huge that it is useless to play the game of looking for references for their music. You always end up lost in the maze.

From their first album shared with Angel Dust and published by the historic Ozono Kids label to their latest magnum opus, “Aullidos Metálicos”, Fasenuova have always respected an essential condition: music must always be entirely their own. Their main reference is their own music, and their rules, which they themselves have created, far from the tribe. This is how “A La Quinta Hoguera” (Discos Humeantes, 2011) and “Salsa de Cuervo” (Discos Humeantes, 2013) were created, this is how “Aullidos Metálicos” (Humo, 2016) was too, and so will be and everything that this extraordinary creature will create.

An incendiary musical corpus, created among industrial rubble, attentive to the pulse of the subsoil to project itself in the liberating dance. Dance as the beginning and end of all ideas, as a ceremonial and shamanic trance invoked by the noise of machines, voices and bodies melted into ecstasy.

Fasenuova never had an underground vocation, it is a circumstance that is given to them and fortunately, it seems to subside little by little. Oddly enough, they have always been convinced that their music could reach mainstream audiences and have never been shy about it. Their songs have had a hit vocation from the beginning, regardless of the acceptance and diffusion they have reached. Fasenuova mark their own path, and you know that you will end up following them.