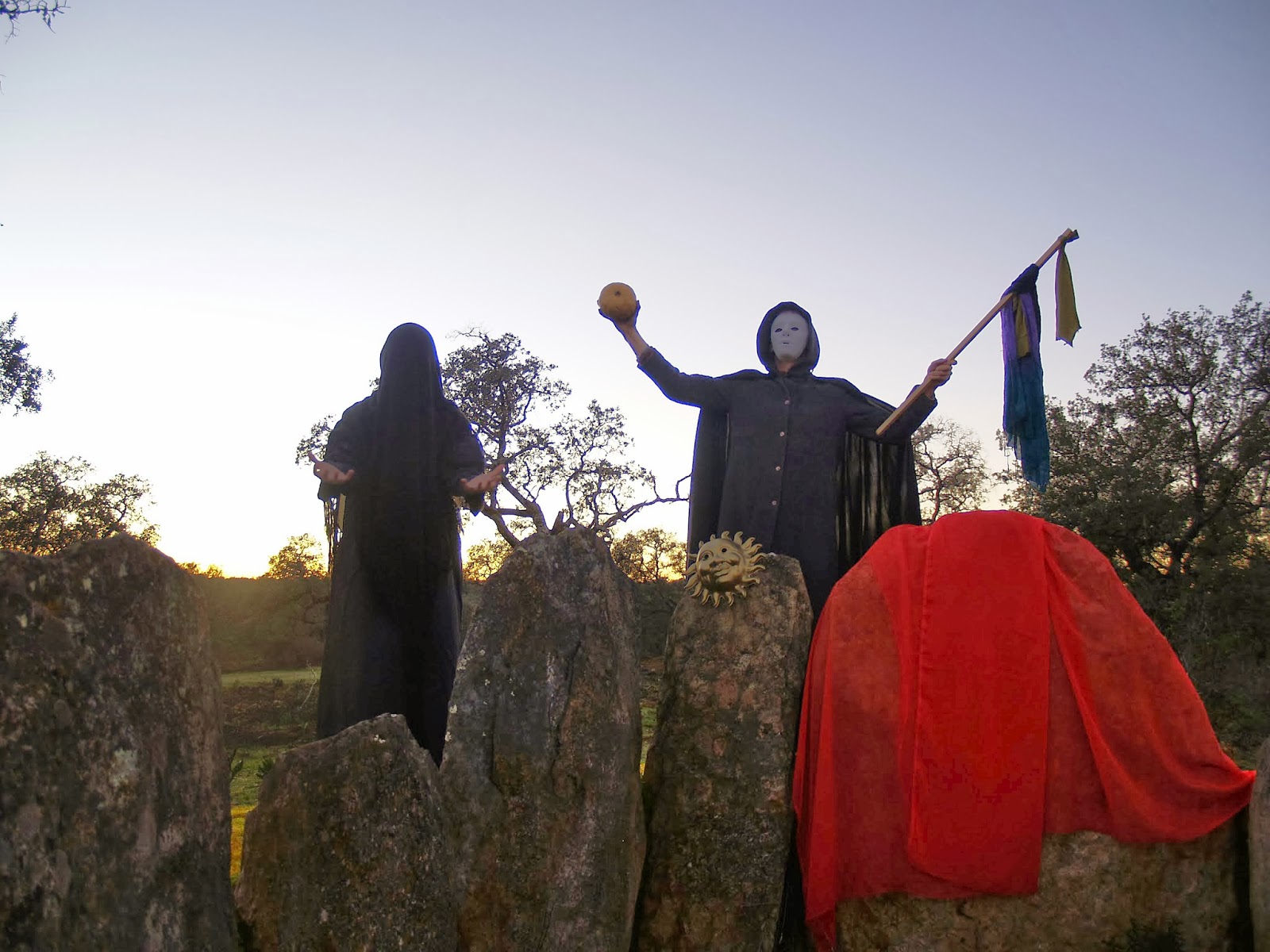 “Know yourself and you will know the Universe and the gods.” Delphi Oracle

PYLAR members have been linked to bands such as Orthodox and Blooming Látigo but it is information that has never been contrasted nor confirmed. It seems like a good track to locate its sound, but let’s not kid ourselves, there is no use trying to draw connections between PYLAR and any current metal, noise, rock or whatever band. The artistic, spiritual and philosophical scope of the duo goes far beyond our demure linear vision of time, unable to unravel the here and now, weighed down by the weight of the past and suffocated by fear of the future. The music of PYLAR has the immense power to bend time and return our psyches to the circular perception of it, the one that our ancestors taught us and that we had gradually forgotten. Thus, in their live appearances, through true magical-propitiatory rituals, where Neolithic and esoteric alchemy symbols are mixed in the heat of sacred mantras, those who have been absent for a long time manifest themselves to open the abyss of supernatural existence to the eyes and soul of everyone who attends the ceremony.
The fabulous music / vibration that emanates from the ritual affects our mental and physical state, and allows us to connect with that side of our person that we keep latent in our daily life. After all, music, or rather, the manipulation of music with magical intent, was what allowed the ancients to open the right portals to return to the wheel of life, to that place where time does not exist , because everything that is born, dies and is born again in an infinite cycle. They knew it. We have forgotten it over time and have perverted the true power of music.
Have we gone crazy? Do we exaggerate? It is possible, but it is that only through the excessive and leafy exaggeration of our imagination can we approach the sound of PYLAR and the vast and ignored terrain to which we are invited. Only through the magical act of creation can we guess everything within us.
PYLAR are not interested in recreating old folkloric manifestations, PYLAR imagine the past, its music and its rites and transmit it to us in each of their albums and concerts. Because in the circular paradigm, the fact of imagining everything indicates that the past is being accessed correctly.
“A ella te conduce la sagrada espyral” is the album that PYLAR has given us to Humo. It is the last one so far and it could be the first. It is a metal album and it is not a metal album, because it transcends our ridiculous labels on all sides. It is circular, it is spiral, it is infinite and it is above all, let us lower our feet for a moment to our dirty asphalt, a piece of disk that you cannot miss …

“After having contemplated the nameless, it is impossible for me to forget it and never return for more, since I finally know what awaits us there, what our ancestors have saved for all those who would come later, and it is much more wonderful than what my mind never conceived”. Lengua de Carpa (PYLAR)