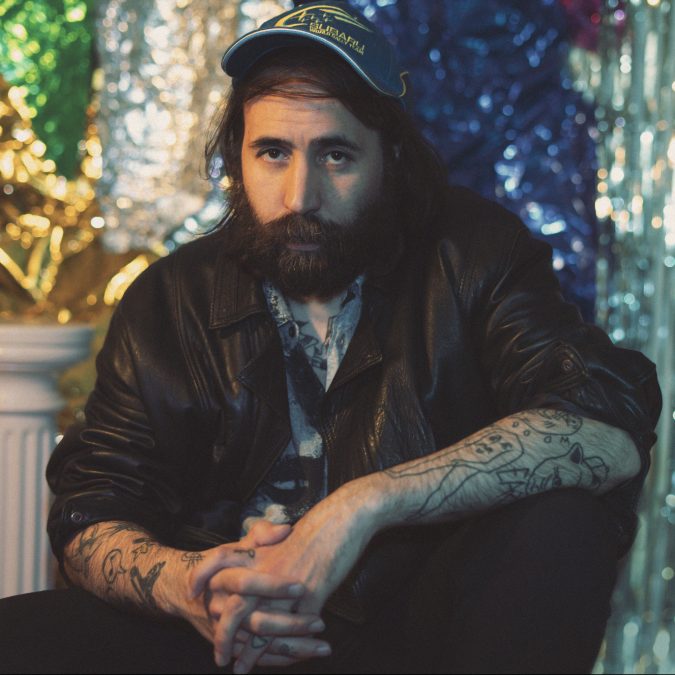 Three years after his last LP, IGOR, also known as the designer Igor Casayjardín, slams the table with his second album and breaks the deck. After collecting the fruits, in the form of fervent and loyal fans, seeded by his demo “Walk the Night” (Contubernio Records, 2015) and his first LP “Misteria” (Humo Internacional, 2018), the Asturian based in Madrid presents an immersion without an oxygen bottle in his usual carpenterian atmospheres, entering his most experimental and thoughtful album to date.

Composed during the 2020 and mixed by Eloy Platas (Lume) in Linneo2, “Sintonía” means a music-fiction exercise on a hypothetical television grill recorded on a dusty old VHS tape. Along its 25 minutes of analog thunder we will be able to listen to melodies of bumpers, spots and effects of all kinds, which by way of frenzied zapping they come together in this vapor-ambient album with reminiscences ranging from the broken transmission of 猫 シ Corp. to American late shows and popular manners of TVE (and TVE2).

They are sounds that are part of the collective subconscious and that cry out to materialize in your ears and your head to shape those memories that you carry inside, and which maybe, who knows, you haven’t even lived. Songs with eloquent titles like “Desconexión total”, “Volvemos enseguida” or “Logo que gira”, as familiar as exotic, full of evocations are part of the 22 songs that complete the entire album in a limited edition of 50 cassette copies. Get yours in preorder on the Humo Internacional website and enjoy with these tunes.